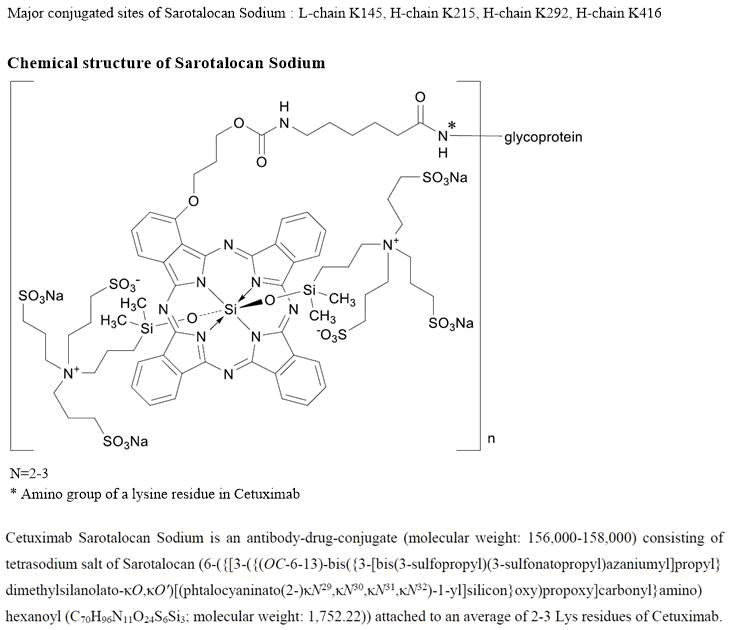 The Ministry of Health also approved Rakuten’s BioBlade® Laser System, the medical device used in the combination with cetuximab saratolacan.

This combination was developed using Rakuten Medical’s Illuminox™ cell-targeting platform, which, in pre-clinical studies has shown to lead to rapid and selective cell killing and tumor necrosis.

The Illuminox platform is based on a cancer therapy called photoimmunotherapy, which was developed by Hisataka Kobayashi, M.D., Ph.D., and a team from the National Cancer Institute (NCI) in the United States.[1]

Kobayashi and his team developed a near-infrared (NIR) photoimmunotherapy (PIT), a molecularly targeted phototherapy for cancer that is based on injecting a conjugate of a near-infrared, water-soluble, silicon-phthalocyanine derivative, IRdye700DX (IR700), and cetuximab (Erbitux®; Eli Lilly and Merck Serono), an epidermal growth factor receptor (EGFR) antibody expressed antigen on the cancer cell surface approved for the treatment of RAS wild-type metastatic colorectal cancer (mCRC) and squamous cell cancer of the head and neck (SCCHN).[2]

Development
Kobayashi research ultimately resulted in the approval of the new treatment option which combines the photo-immunoconjugate cetuximab-IR700, a targeting moiety conjugated with one or more dyes leading to selective cell surface binding, with a medical device which consists of a light source that locally illuminates the targeted cells with non-thermal light to transiently excite (activate) the drug.

Pre-clinical data demonstrated that this excitation elicits rapid and selective necrosis of targeted cells through a biophysical process that compromises the membrane integrity of the targeted cells. Therapies developed on Illuminox may also result in local and systemic innate and adaptive immune activation due to immunogenic cell death of the targeted cells and/or the removal of immunosuppressive elements within the microenvironment.

While the initial approved treatment of cetuximab saratolacan targets the epidermal growth factor receptor (EGFR), this target is, according to Kobayashi, only the first of many possible antibody-photoabsorber conjugates. Given the diversity of existing antibodies and its ability to be combined with other therapies, NIR-PIT could have broad application across many tumor types.[1]

Regulatory pathway
Cetuximab saratolacan received Sakigake Designation** in April 2019, and the application for approval under the Conditional Early Approval System was made in March 2020. Outside of Japan, Rakuten Medical does not have the approval of its investigational therapies and is currently running a global Phase III trial.

“In my search for a treatment for my father who was diagnosed with cancer, I encountered a treatment developed by a Japanese researcher. Now, we are moving forth to deliver this treatment to patients fighting with cancer, as soon as possible,”  Hiroshi Mikitani, Representative Director and Chairman of Rakuten Medical Japan K.K.

“Today, we are deeply moved to receive approval in Japan ahead of the world. However, this is just the beginning of Rakuten Medical’s mission. We are dedicated to contribute to cancer treatment and improving the quality of life of as many patients as possible around the world. By bringing everyone together, we will continue to aspire to achieve our corporate mission ‘to conquer cancer’,” Mikitani added.