Biotie Therapies Holding , under license from Roche , is developing tozadenant (phase 3, as of August 2017) for the treatment of Parkinson’s disease.

SYN-115, a potent and selective adenosine A2A receptor antagonist, is in phase III clinical trials at Biotie Therapeutics for the treatment of Parkinson’s disease, as an adjunjunctive therapy with levodopa. Phase 0 trials were are underway at the National Institute on Drug Abuse (NIDA) for the treatment of cocaine dependency, but no recent development has been reported.

The A2A receptor modulates the production of dopamine, glutamine and serotonin in several brain regions. In preclinical studies, antagonism of the A2A receptor resulted in increases in dopamine levels, which gave rise to the reversal of motor deficits.

Originally developed at Roche, SYN-115 was acquired by Synosia in 2007, in addition to four other drug candidates with potential for the treatment of central nervous system (CNS) disorders. Under the terms of the agreement, Synosia was responsible for clinical development and in some cases commercialization, while Roche retained the right to opt-in to two preselected programs.

In 2010, the compound was licensed to UCB by Synosia Therapeutics for development and commercialization worldwide.

In February 2011, Synosia (previously Synosis Therapeutics) was acquired by Biotie Therapeutics, and in 2014, Biotie regained global rights from UCB. 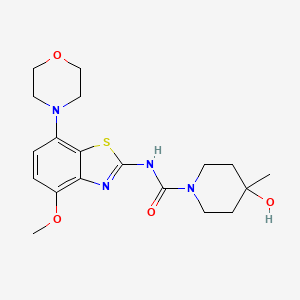 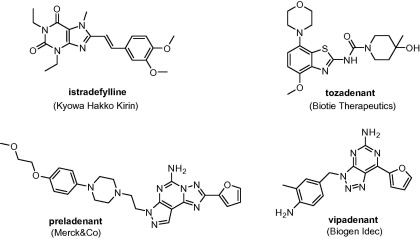 Tozadenant, also known as 4-hydroxy-N-(4-methoxy-7-(4-morpholinyl)benzo[d]thiazol-2-yl)-4-methylpiperidine-l-carboxamide or SYN115, is an adenosine A2A receptor antagonist. The A2A receptor modulates the production of

dopamine, glutamine and serotonin in several brain regions. In preclinical studies, antagonism of the A2A receptor resulted in increases in dopamine levels, which gave rise to the reversal of motor deficits. 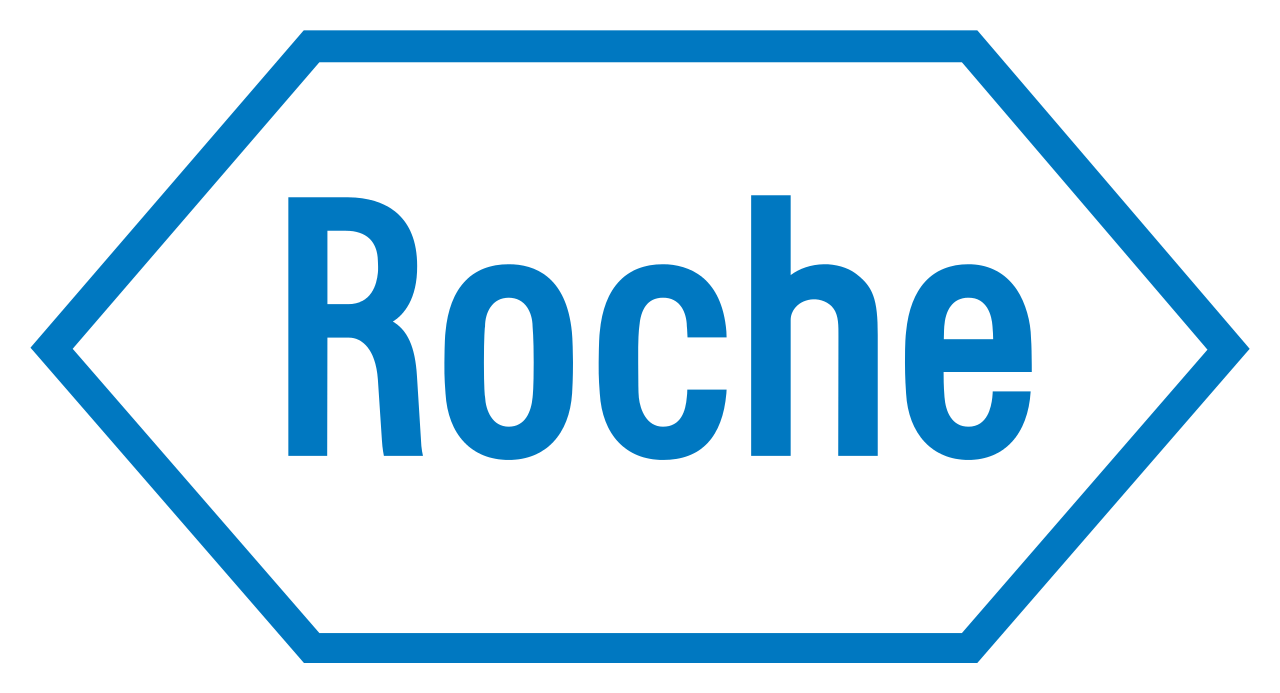 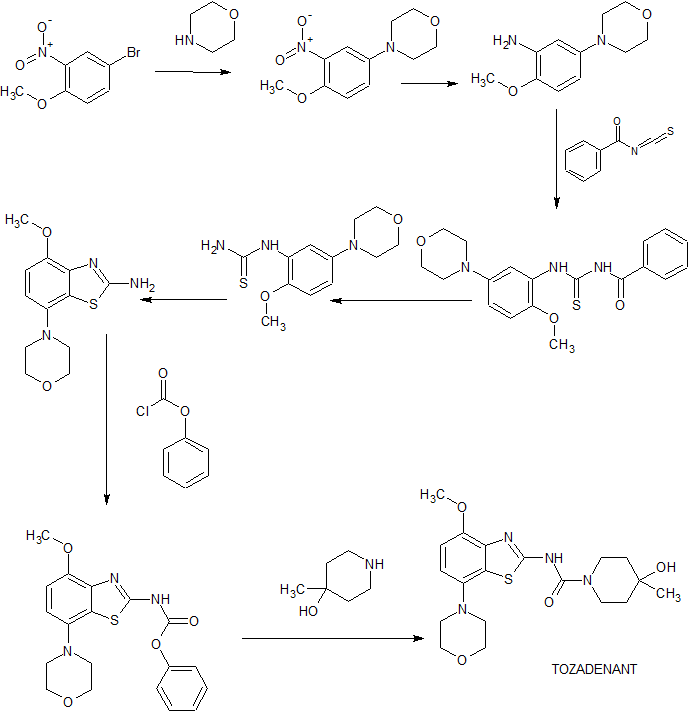 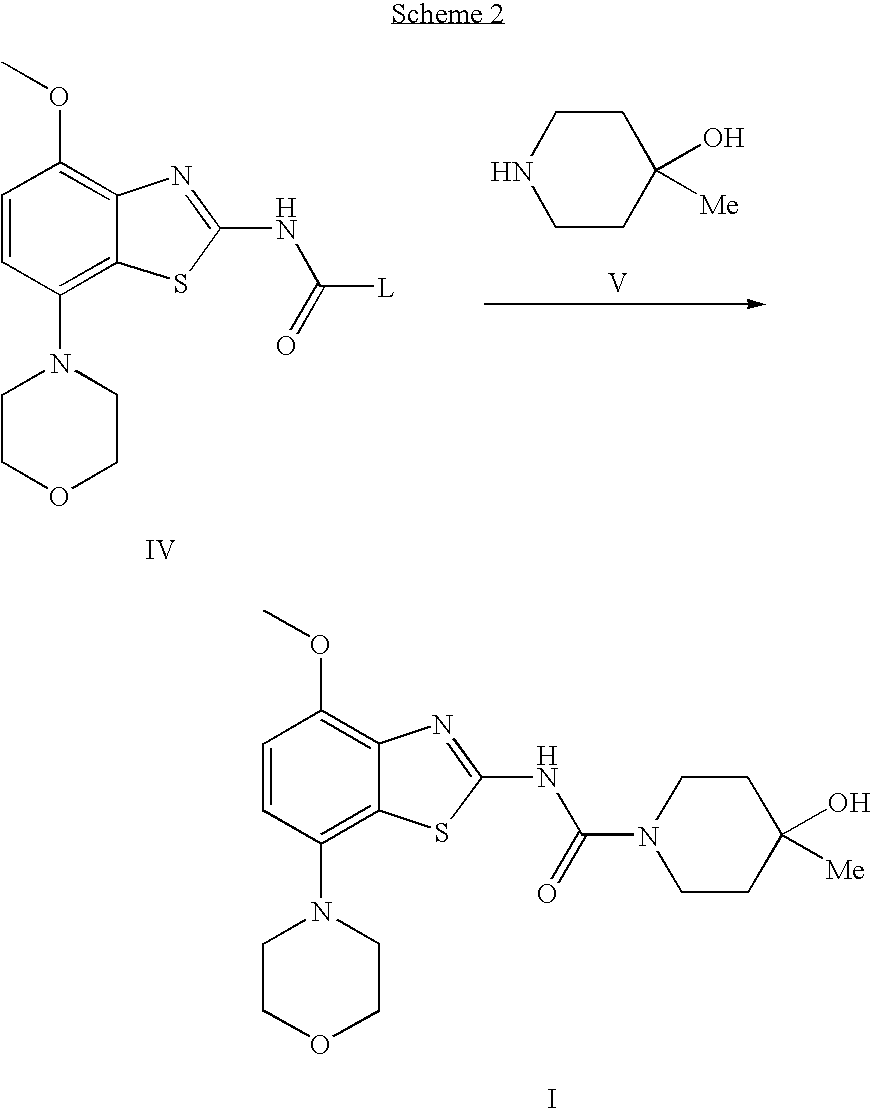 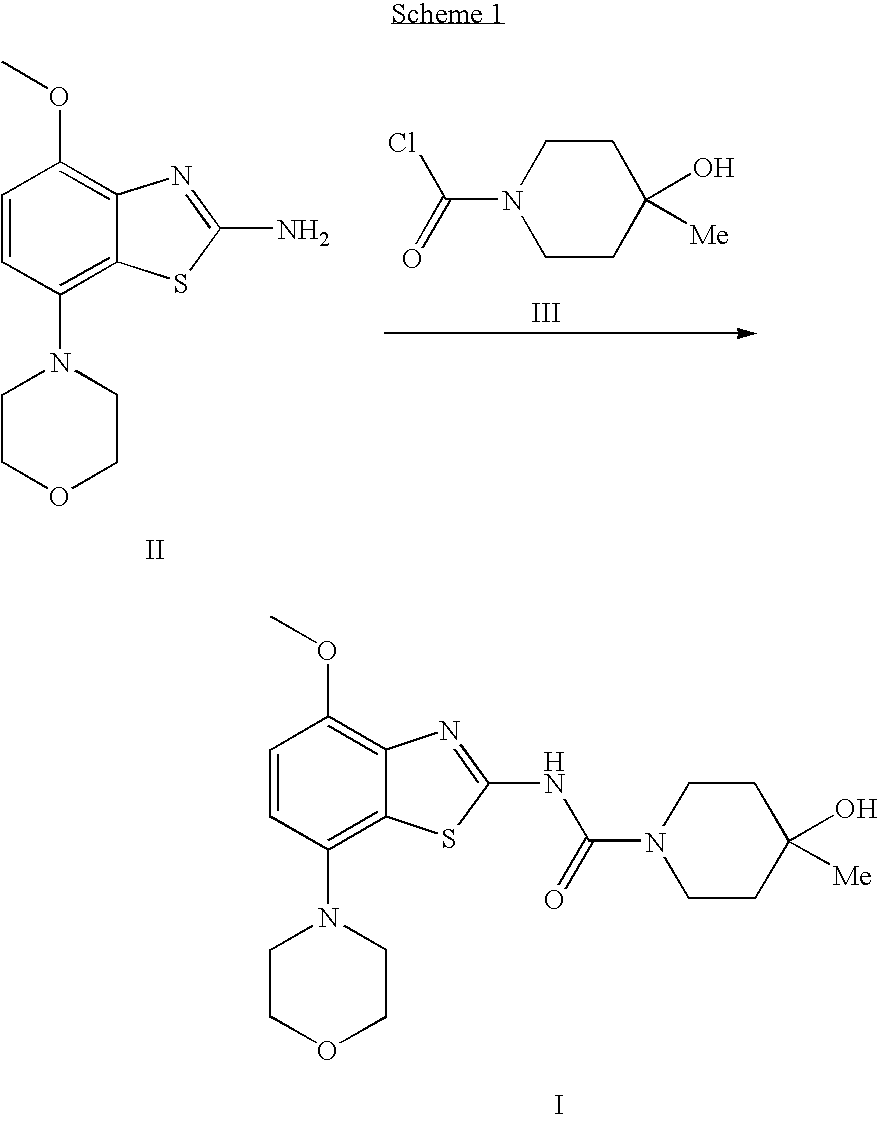 Novel deuterated forms of tozadenant are claimed. Also claimed are compositions comprising them and method of modulating the activity of adenosine A2A receptor (ADORA2A), useful for treating Parkinson’s diseases. Represents new area of patenting to be seen from CoNCERT Pharmaceuticals on tozadenant. ISR draws attention towards WO2016204939 , claiming controlled-release tozadenant formulations.

This invention relates to deuterated forms of morpholinobenzo[d]thiazol-2-yl)-4-methylpiperidine-1-carboxamide compounds, and pharmaceutically acceptable salts thereof. This invention also provides compositions comprising a compound of this invention and the use of such compositions in methods of treating diseases and conditions that are beneficially treated by administering an adenosine A2A receptor antagonist.

Many current medicines suffer from poor absorption, distribution, metabolism and/or excretion (ADME) properties that prevent their wider use or limit their use in certain indications. Poor ADME properties are also a major reason for the failure of drug candidates in clinical trials. While formulation technologies and prodrug strategies can be employed in some cases to improve certain ADME properties, these approaches often fail to address the underlying ADME problems that exist for many drugs and drug candidates. One such problem is rapid metabolism that causes a number of drugs, which otherwise would be highly effective in treating a disease, to be cleared too rapidly from the body. A possible solution to rapid drug clearance is frequent or high dosing to attain a sufficiently high plasma level of drug. This, however, introduces a number of potential treatment problems such as poor patient compliance with the dosing regimen, side effects that become more acute with higher doses, and increased cost of treatment. A rapidly metabolized drug may also expose patients to undesirable toxic or reactive metabolites.

[3] Another ADME limitation that affects many medicines is the formation of toxic or biologically reactive metabolites. As a result, some patients receiving the drug may experience toxicities, or the safe dosing of such drugs may be limited such that patients receive a suboptimal amount of the active agent. In certain cases, modifying dosing intervals or formulation approaches can help to reduce clinical adverse effects, but often the formation of such undesirable metabolites is intrinsic to the metabolism of the compound.

[4] In some select cases, a metabolic inhibitor will be co- administered with a drug that is cleared too rapidly. Such is the case with the protease inhibitor class of drugs that are used to treat HIV infection. The FDA recommends that these drugs be co-dosed with ritonavir, an inhibitor of cytochrome P450 enzyme 3A4 (CYP3A4), the enzyme typically responsible for their metabolism (see Kempf, D.J. et al., Antimicrobial agents and chemotherapy, 1997, 41(3): 654-60). Ritonavir, however, causes adverse effects and adds to the pill burden for HIV patients who must already take a combination of different drugs. Similarly, the

Quinidine, however, has unwanted side effects that greatly limit its use in potential combination therapy (see Wang, L et al., Clinical Pharmacology and Therapeutics, 1994, 56(6 Pt 1): 659-67; and FDA label for quinidine at www.accessdata.fda.gov).

[5] In general, combining drugs with cytochrome P450 inhibitors is not a satisfactory strategy for decreasing drug clearance. The inhibition of a CYP enzyme’s activity can affect the metabolism and clearance of other drugs metabolized by that same enzyme. CYP inhibition can cause other drugs to accumulate in the body to toxic levels.

[6] A potentially attractive strategy for improving a drug’s metabolic properties is deuterium modification. In this approach, one attempts to slow the CYP-mediated metabolism of a drug or to reduce the formation of undesirable metabolites by replacing one or more hydrogen atoms with deuterium atoms. Deuterium is a safe, stable, non-radioactive isotope of hydrogen. Compared to hydrogen, deuterium forms stronger bonds with carbon. In select cases, the increased bond strength imparted by deuterium can positively impact the ADME properties of a drug, creating the potential for improved drug efficacy, safety, and/or tolerability. At the same time, because the size and shape of deuterium are essentially identical to those of hydrogen, replacement of hydrogen by deuterium would not be expected to affect the biochemical potency and selectivity of the drug as compared to the original chemical entity that contains only hydrogen.

[7] Over the past 35 years, the effects of deuterium substitution on the rate of metabolism have been reported for a very small percentage of approved drugs (see, e.g., Blake, MI et al, J Pharm Sci, 1975, 64:367-91; Foster, AB, Adv Drug Res 1985, 14: 1-40 (“Foster”); Kushner, DJ et al, Can J Physiol Pharmacol 1999, 79-88; Fisher, MB et al, Curr Opin Drug Discov Devel, 2006, 9: 101-09 (“Fisher”)). The results have been variable and unpredictable. For some compounds deuteration caused decreased metabolic clearance in vivo. For others, there was no change in metabolism. Still others demonstrated increased metabolic clearance. The variability in deuterium effects has also led experts to question or dismiss deuterium modification as a viable drug design strategy for inhibiting adverse metabolism (see Foster at p. 35 and Fisher at p. 101).

[8] The effects of deuterium modification on a drug’s metabolic properties are not predictable even when deuterium atoms are incorporated at known sites of metabolism. Only by actually preparing and testing a deuterated drug can one determine if and how the rate of metabolism will differ from that of its non-deuterated counterpart. See, for example, Fukuto et al. (J. Med. Chem. 1991, 34, 2871-76). Many drugs have multiple sites where metabolism is possible. The site(s) where deuterium substitution is required and the extent of deuteration necessary to see an effect on metabolism, if any, will be different for each drug.