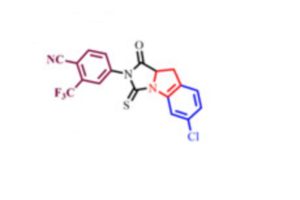 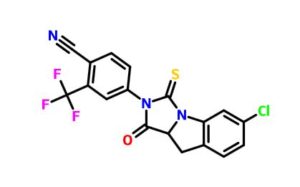 Prostate cancer, one of the most malignant tumors worldwide, is the second leading cause of cancer deaths among men in America . Although androgen deprivation therapy (ADT) has been proved to be effective initially, the tumor will eventually progress and develop into the lethal castration resistant prostate cancer (CRPC) . The androgen receptor (AR) is a ligand-dependent transcription factor belonging to the nuclear receptor superfamily and plays a critical role in the progression of normal prostate cells. However, overexpression of AR was found in most CRPC, which is essential for CRPC to adapt to the low levels of androgens. As AR contributes significantly to the resistance to castration, it has been recognized as an attractive target for the treatment of CRPC 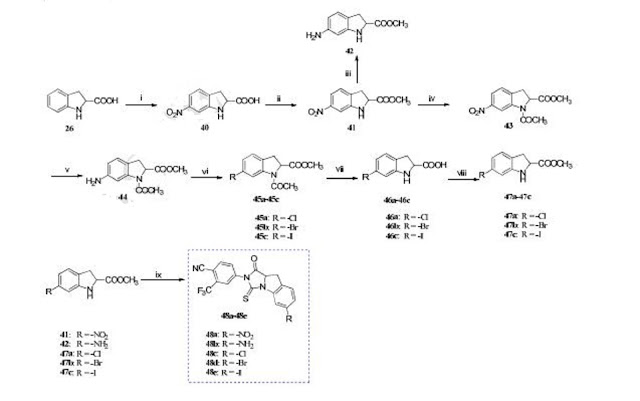 A series of indoline thiohydantoin derivatives were synthesized and evaluated in vitro.The most potent compound 48c shows comparable ability with enzalutamide in proliferation inhibition of LNCaP cells.Compound 48c has less cytotoxic to AR-negative cells compared with Enzalutamide.

The bicalutamide-resistant mechanism was clarified and overcome by compound 48c.