ROCKVILLE, Md., Sept. 22, 2016 /PRNewswire/ — Sanaria Inc. today announced it has received U.S. Food and Drug Administration (FDA) Fast Track designation for its preventative vaccine for malaria, Sanaria® PfSPZ Vaccine.  Sanaria believes its PfSPZ Vaccine is the only malaria vaccine to have ever received this distinction.

According to the FDA, “Fast Track is a process designed to facilitate the development, and expedite the review of drugs to treat serious conditions and fill an unmet medical need. The purpose is to get important new drugs to the patient earlier.” A drug (or vaccine) that receives Fast Track designation is eligible for Accelerated Approval and Priority Review, which can considerably speed the time to market.

Sanaria® PfSPZ Vaccine is in clinical trials in subjects ranging in age from 6-month old infants to adults in the U.S., Europe andAfrica. These trials are intended to finalize an immunization regimen to be taken forward into pivotal phase 3 clinical trials that will, if successful, provide the necessary data for licensing the vaccine.

Stephen Hoffman, CEO of Sanaria, said, “U.S. FDA Fast Track designation for our malaria vaccine is a strong indicator that we’ve gotten beyond the proof of science and are moving toward licensure. We expect PfSPZ Vaccine will be the world’s first FDA licensed malaria vaccine, and we will be able to use it to halt transmission and eliminate Plasmodium falciparum malaria from geographically defined regions and provide protection against malaria to travelers and military personnel visiting malaria endemic regions.”

Sanaria’s primary mission is to develop a highly effective vaccine to eliminate malaria from geographically defined areas through mass immunization campaigns, and protect non-immune visitors, including military personnel, going to regions where malaria is transmitted. In phase 1 studies led by the Vaccine Research Center, National Institute of Allergy and Infectious Disease – NIH published in Science (2013)1 and Nature Medicine (2016)2, Sanaria® PfSPZ Vaccine, protected 100% of subjects at 3 weeks after the last dose of vaccine and 55% at 14 months. Completed and ongoing follow-on studies at military and civilian sites in the U.S. and in Germany and Africa are designed to optimize the immunization regimen, so as to achieve high-level protection against all strains of Plasmodium falciparum malaria.

To date, 1,165 volunteers have received Sanaria’s PfSPZ-based products in more than two dozen clinical trials in the USA, Europeand Africa. Clinical trials are in progress in Tanzania, Kenya, Mali, Burkina Faso, Germany and two sites in the USA, and are intended to begin soon in Equatorial Guinea.

Dr. Kenneth A. Bertram, Principal Assistant for Acquisition for the US Army Medical Research and Materiel Command (USAMRMC), Ft. Detrick, Maryland stated, “The U.S. military continues to be at risk from malaria as we deploy world-wide. We eagerly await a vaccine against this deadly and incapacitating disease. We are excited to continue working with Sanaria, the FDA, and academic partners to develop a safe and effective malaria vaccine for U.S. service members and the world community.” 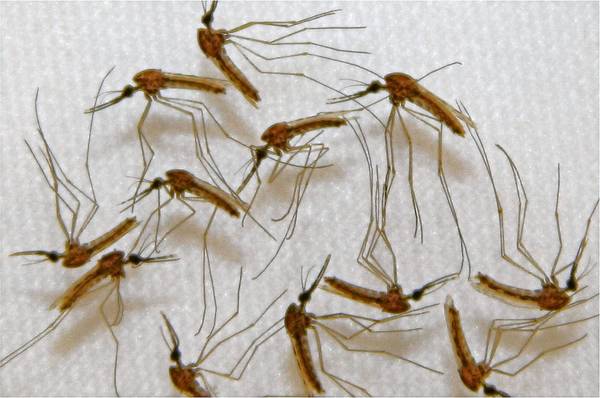 The next trials are also intended to begin the process of establishing the logistics for delivering and administering the vaccine to hundreds of thousands of individuals in mass campaigns. A phase 3 trial in Equatorial Guinea is being planned with funding provided by the Government of Equatorial Guinea and a consortium of three U.S. energy companies including Marathon Oil, Noble Energy, and Atlantic Methanol Production Company.

Dr. Hassan Mshinda, Director General of the Tanzanian Commission on Science and Technology, the African organization that provided funds for the first PfSPZ trial in Africa, said, “We are excited to have the Ifakara Health Institute, a Tanzanian Institute, be working with Sanaria and partners in Equatorial Guinea to move toward phase 3 clinical trials and mass vaccine administration elimination campaigns.”

The clinical development plan for PfSPZ Vaccine is regularly updated at meetings of the International PfSPZ Consortium (I-PfSPZ-C), which are attended by representatives of more than 30 organizations from more than 15 countries.

This news release contains certain forward-looking statements that involve known and unknown risks and uncertainties, which may cause actual results to differ materially from anticipated results or achievements expressed or implied by the statements made. Such statements include the availability of an effective vaccine, the expectations for eliminating malaria, and beliefs concerning the suitability of a successful vaccine. These forward-looking statements are further qualified by important factors that could cause actual results to differ materially from those in the forward-looking statements. These factors include, without limitation, the Company’s ability to raise sufficient funds, the regulatory approval process, clinical trials results, the Company’s patent portfolio, dependence on key personnel and other risks associated with vaccine development. 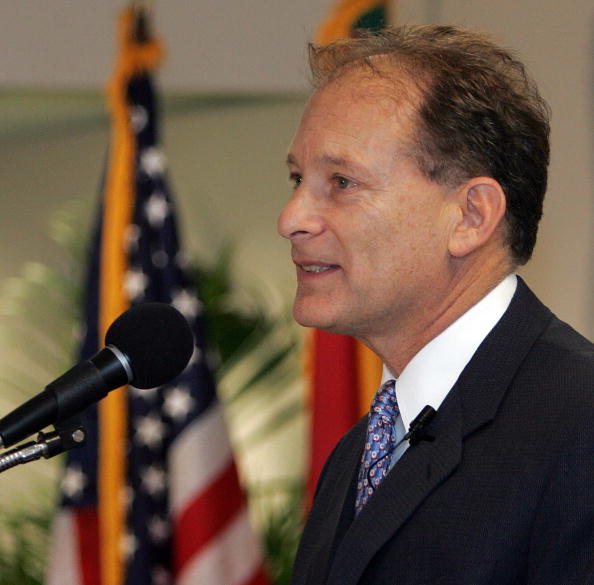 The PfSPZ vaccine is a candidate malaria vaccine made of non-replicating irradiated whole sporozoites and developed by Sanaria. PfSPZ is the acronym of words: Plasmodium falciparum (Pf) and sporozoites (SPZ). Clinical trials have been promising, but it has been subject to some criticism regarding its ultimate feasibility with regard to large-scale production and delivery in Africa, since it must be stored in super-cold liquid nitrogen.

In the first half of the 20th century there were first attempts to protect people from malaria. At the beginning Pasteur´s approach of developing bacterial vaccines was used as a big hope in eradication of this fatal disease. But inactivated malaria sporozoites (by formalin) were ineffective in inducing the protection.

In 1948 inactivated merozoites with an adjuvant were used for preventing lethal malaria to kill a group of monkeys. But the strong toxicity of the adjuvant and inability to obtain sufficient count of parasites from human blood stopped further efforts in this way.[1] 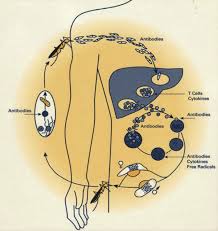 In 1967 irradiated malaria sporozoites (extracted from salivary glands of infected mosquitos) induced immune response in mice without the need of the adjuvant and similar evidence obtained in human volunteer trials. The mice were exposed to irradiated mosquitos infected by malaria parasites. Mice and volunteers did not acquire malaria because mosquitos and the sporozoites were irradiated and their immune cells triggered response that could protect them from following infection.[2][3] Yet this approach was not further developed during problems with obtaining sufficient number of sporozoites and with the harvesting of parasites.

Later, modern adjuvants and the possibility of preparing of single parasite proteins started another way to obtain malaria vaccine. Today, a vaccine called RTS,S based on coat protein of sporozoites of the Plasmodium falciparum is the most advanced subunit vaccine and is in the phase III clinical trials. It protects about 50% of subjects infected by controlled human malaria infection (CHMI) after 2 – 3 weeks and about 23% at 5 months after last immunization.[4] In large III phase trial in Africa RTS,S/AS01 reduced acquired malaria over a 12 months period by 31,3% and 36,6%.[5]

In 2003 Sanaria ran trials in which falciparum sporozoites were manually dissected from salivary glands of mosquitos, irradiated and preserved before inoculation with one goal: to develop and commercialize a non-replicating, metabolically active PfSPZ vaccine.[6]

In human volunteer trials PfSPZ was applied subcutaneously (SC) or intradermally (ID) and such as it showed only modest immune response. When PfSPZ was injected intravenously (IV) to nonhuman primates or mice it finally triggers CD8+ T-cells producing IFNγ. These T cells are believed to be the main immunologic mechanism to fight malaria in liver.

CD8+ T cells play a key role in killing Plasmodium developing in liver. Mice or monkeys which received monoclonal antibody to the CD8 lost protection by this type of vaccine. Once the antibody application was stopped, the protection was returned.[7][8] Plasmodium is injected by infected mosquito into the bloodstream of the host in the form of sporozoites, which travel to the liver and invade liver cells, where sporozoites divide and produce tens of thousands merozoites per one cell. RTS,S is prepared to stop malaria in phase after the injection. PfSPZ vaccine is made of attenuated sporozites, which are active and travel to liver cells, where CD8+ T cells producing IFNγ are activated. Frequencies of PfSPZ-specific CD3+CD4+, CD3+CD8+, CD3+γδ T cells are dose-dependent. PfSPZ-specific CD3+CD8+ T cells were found in 7 of 12 protected subjects in the human volunteer trial.[9] These cells are required for protection in most individuals and are primarily situated in the liver because of the persistence of parasite antigens and retained astissue memory cells.[10]

Two first clinical trials of IV administration of PfSPZ were conducted. Previous ID or IC clinical trials didn´t trigger adequate immune response. Series of clinical trials of the PfSPZ vaccine administered with IV injection are planned in 2014 in Africa, Europe, and the United States to expand critical data on the vaccine for clinical development as a method to prevent malaria.[11] The trial involved 57 people and demonstrated complete protection against malaria in all six patients that received the highest dose. As of 2014, Sanaria planned to test the vaccine in larger trials in Mali, Tanzania, Equatorial Guinea, the U.S. and Germany. Optimally, it could be filed with regulators by 2017.

Sanaria is preparing development of a robot that can dissect salivary glands of mosquitos. This step should make preparation and further development of vaccine much faster and easier.[12]

The US-based scientist helped develop the PfSPZ vaccine that protects people from malaria. 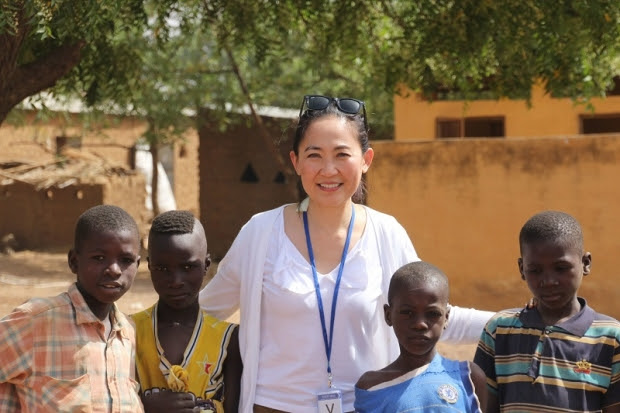 Image via The Malay Mail Online

How did she do it?

A biotechnology company has developed the first 100% effective malaria vaccine and is now hoping to crowdfund the production of a robot capable of efficiently manufacturing it.

Researchers at Sanaria, a Maryland-based biotechnology firm, developed the PfSPZ Vaccine that proved to be 100% protective against malaria in clinical trials.

Every year, malaria causes illness in over 200 million people worldwide, resulting in 600,000 deaths. Before PfSPZ, there was no vaccine capable of fully protecting against the malaria parasite.

“This was a concept that most people thought was impossible,” said Dr Kim Lee Sim, executive vice president of process development and manufacturing at Sanaria. “People said: ‘This is a crazy idea.'”

The method developed involves extracting malaria parasites dosed with radiation from the saliva glands of mosquitoes. Unfortunately, the production of the vaccine is hindered by the fact that the process is time consuming and requires a production line of highly trained scientists.