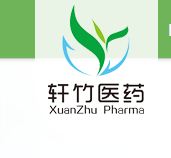 Novel crystalline form I of imigliptin dihydrochloride as dipeptidyl peptidase IV inhibitor (DPP-IV) for the treatment of and/or prevention of non-insulin dependent diabetes, hyperglycemia and hyperlipidemia. In June 2017, KBP Biosciences and Xuanzhu Pharma , subsidiaries of Sihuan Pharmaceutical , are developing an imigliptin dihydrochloride (phase II clinical trial), a DPP-IV inhibitor and a hypoglycemic agent,, for the treatment of type II diabetes. Follows on from WO2013007167 , claiming similar composition.

Dipeptidyl peptidase-IV (DPP-IV) inhibitor is a new generation of oral type 2 diabetes treatment drugs, by enhancing the role of intestinal insulin to play a role, non-insulin therapy drugs. Compared with conventional drugs for the treatment of diabetes, DPP-IV inhibitors do not have weight gain and edema and other adverse reactions.
The compound (R) -2 – ((7- (3-aminopiperidin-1-yl) -3,5-dimethyl-2-oxo-2,3-dihydro- 1H-imidazo [4,5-b] pyridin-1-yl) methyl) benzonitrile (described in the specification as a compound of formula (1), as described in patent application PCT / CN2011 / 000068) Inhibitors of compounds, DPP-IV has a strong inhibitory effect and a high selectivity.