1,3,5-Tris[(1E)-2′-(4′′-benzoic acid)vinyl]benzene] (Ramizol™) is a potent and non-toxic synthetic antimicrobial agent, and we now establish that it is also a potent inhibitor of reactive oxygen species (ROS) generation, with similar antioxidant activity to α-tocopherol (Vitamin E), which is a standard antioxidantdrug.

Ramizol, useful for treating bacterial infections such as Gram positive bacterial infection. Boulos & Cooper Pharmaceuticals could be seen to have ramizol in preclinical development for treating Clostridium difficile associated diseases.  preparation of ramizol that was first described by the inventor Dr Ramiz Boulos, one of the company’s founding directors and CEO, in WO2011075766 as TSB-007 (claim 3, page 71) – said family of patenting having been originally assigned to the University of Western Australia and from whom Dr Boulos is reported to have acquired the rights to said intellectual property in late 2012 (ramizol having seemingly been previously being developed by the University with the name NAL-135B for treating Gram positive bacterial infections).

Professor Ramiz Boulos with a vial of Ramizol

A scientific paper released today in the Journal of Antibiotics presents the pre-clinical development of Ramizol®, a first generation drug belonging to a new class of styrylbenzene antibiotics with a novel mechanism of action.

The research was undertaken by Australian company Boulos & Cooper Pharmaceuticals in partnership with the University of South Australia, Flinders University, Eurofins Panlabs and Micromyx LLC. The study found that over 99.9% of the drug, administered orally, stays in the gastrointestinal tract where it can reach the bacteria in the colon at high enough concentrations to yield a therapeutic effect.

Chief Executive Officer of Boulos & Cooper Pharmaceuticals, Dr Ramiz Boulos, said “this new class of antibiotics has antioxidant properties and can be manufactured for a low cost; benefits that will be felt by the end-user”.

The new antibiotic has low frequency of resistance and shows promise as a monotherapy for the treatment of Clostridium difficile associated disease. Dr Boulos stated “we are very excited about these results given the unforgiving nature of Clostridium difficile infections”. He added “In a world where there are few treatment options, we are desperate for new antibiotics to fight intractable infections”.

The company expects to start Phase I clinical trials in 2017. 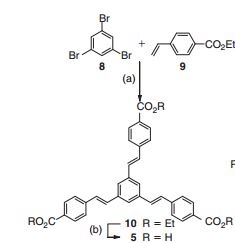 Nigel A. Lengkeek A , Ramiz A. Boulos A , Allan J. McKinley A , Thomas V. Riley C , Boris Martinac B and Scott G. Stewart A D

Compounds with antimicrobial properties have attracted great interest in recent times as a result of an increase in the prevalence of infections caused by Gram-positive bacteria, resulting in serious or fatal diseases. Furthermore, the regular use of broad spectrum antibiotic formulas has led to the increased occurrence of bacterial strains resistant to some antimicrobial formulations.

Novel antimicrobial compounds have the potential to be highly effective against these types of treatment-resistant bacteria. The pathogens, having not previously been exposed to the antimicrobial formulation, may have little to no resistance to the treatment.

International patent application WO 2012/075766 describes a series of novel aryl compounds and their use as antimicrobials to treat bacterial infections or diseases. The chemical synthesis of a therapeutic drug has a direct effect on its cost, dosing regimens and popularity. Drugs with complicated or expensive chemical synthesis will find it challenging to reach the market, notwithstanding their efficacy. Further, syntheses amenable to application at commercial scales are highly advantageous. The development of an efficient and large-scale synthesis of a therapeutic drug is critical for its drug developmental pathway, and highly commercially advantageous. 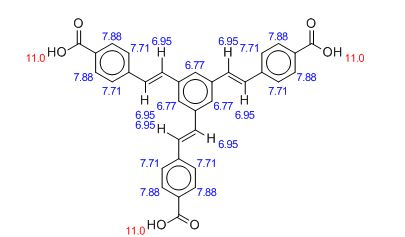