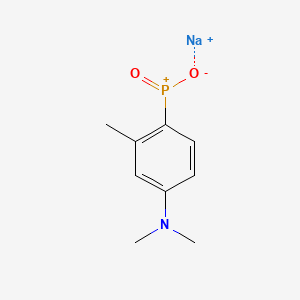 Toldimfos is an aromatic phosphorus compound which falls between phosphorous itself and phosphoric acid in the stages of oxidation. Toldimfos sodium is the sodium salt of 2- methyl-4-(dimethylamino)phenylphosphinic acid. It is used to treat and prevent diseases associated with parturition and peri-partum period, developmental and nutritional disorders in young animals, and bone growth disorders and tetany or paresis caused by calcium, magnesium, and phosphorus metabolism disorders. Toldimfos has been used as a human medicine since 1920. While it is no longer indicated for human use, it is used in horses, cattle, sheep, pigs, and goats, and administered by intravenous, intramuscular, or subcutaneous injection. No specific data on the pharmacodynamic action of toldimfos was submitted. The precise mode of action of toldimfos is unknown and it is questionable whether the effect of toldimfos is simply a matter of the substitution of deficient phosphorus. It appears more likely that the effect of toldimfos arises due to multiple stimulation of metabolism with the body. 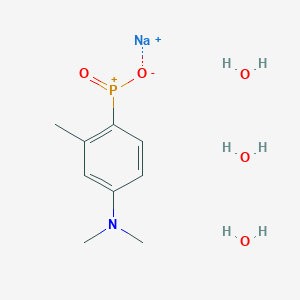 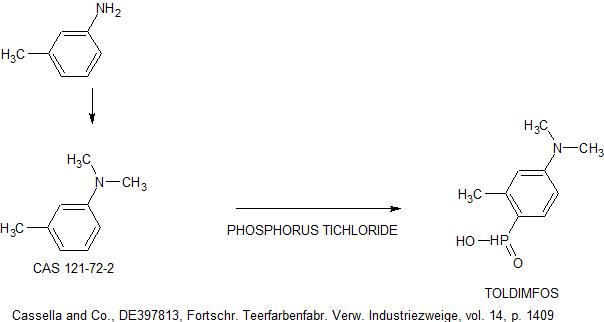 China’s animal husbandry fast development is the important motivity that promotes China’s agricultural and rural economy development, improves farmers’ income.The disease relevant with Nutrition and Metabolism of serious harm animal health is in rising trend in recent years, the direct economic loss that raising poultry nutritive metabolic disease causes over ten billion to China’s animal husbandry every year, and indirect economic loss is difficult to estimate.
Due to the life-time service of chemicals, will cause some poultrys, poultry product drug residue is serious, this is harm humans healthy not only, also affecting the export of farm produce earns foreign exchange, therefore, tackle this problem, research and development are efficient, the new Nutrition and Metabolism medicine of low toxicity, wide spectrum will have huge market.
Toldimfos (Toldimfos Sodium) belongs to the nutritional supplementation medicine of phosphorus supplement, can be used as benzenephosphonic acid (Phenylphosphinicacid, BPA) succedaneum uses, can be used for treating the disease relevant with childbirth and perinatal stage of the food animals such as horse, cattle, pig, sheep, the diseases such as the bone lengthening obstacle being caused by calcium, magnesium, phosphorus metabolism obstacle.
Toldimfos has higher water solublity, mainly excretes through urine rapidly with the former medicine form of not metabolism in animal body, and the half-life is short, can in tissue, not accumulate.
Toldimfos is developed by German Hoechst company, the symptom such as since nineteen twenty, once physical weakness, chronic stress, depression, mental muscle power postoperative for human treatment, that catch was overtired.Now be not used in the mankind, be mainly used in animal.Its commodity are called onofosfan.
In sum, toldimfos, as a kind of nutritional supplementation medicine of new and effective noresidue, has wide market prospect in China.The development of this product will be made outstanding contributions to the sound development of China’s animal husbandry, remarkable economic and social benefits with application.
PATENT
https://patents.google.com/patent/WO2004003198A1/ja