October 1, 2019Phase 2, Rheumatoid arthritis, UncategorizedComments: 0
It's only fair to share... 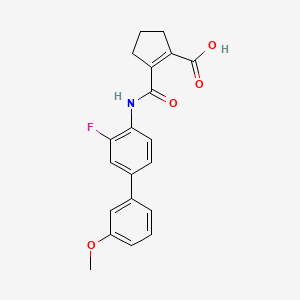 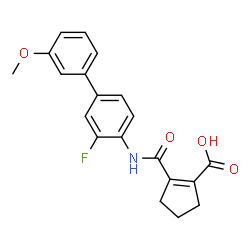 phase II clinical development at Immunic (previously Immunic AG) as an induction and maintenance therapy for patients with moderate to severe ulcerative colitis, as well as for the treatment of patients with relapsed-remitting multiple sclerosis (RRMS). Immunic is also conducting early clinical evaluation of the drug as a potential treatment for Crohn’s disease, whereas a phase II clinical trial is ongoing at the Mayo Clinic in patients suffering from primary sclerosing cholangitis.

In 2016, Immunic acquired the product from 4SC.

Immunic AG  (a subsidiary of  Immunic Inc ), following an asset acquisition from 4SC, is developing vidofludimus an orally available, small molecule DHODH inhibitor and IL-17 blocker which inhibits pyrimidine biosynthesis, for the treatment of autoimmune and inflammatory disorders including ulcerative colitis, Crohn’s disease and multiple sclerosis 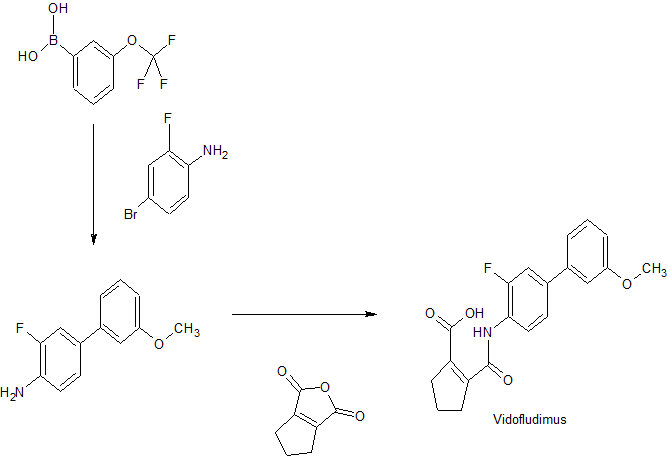 Example 4: Preparation of the calcium salts

300.4 mg of Vidofludimus free acid was dissolved in 18 mL of DCM/MeOH (3:1) and sonicated for 8 minutes. 31.5 mg of calcium hydroxide was suspended in 3 mL of DCM/MeOH (3:1); this was slowly added to the Vidofludimus free acid solution. The slight suspension was stirred overnight at 25°C. The solvent was partially evaporated under nitrogen flow at 25°C. A thick light yellow suspension was observed. The solid was recovered by filtration and washed with DCM/MeOH (3:1). The material was dried for 15 min under vacuum at 25°C. The material was shown to be crystalline using the methods described in the following.

From elemental analysis, the ratio of fluorine to calcium was calculated. The elemental composition is essentially consistent with a hemi-calcium-salt.

However, from the Raman spectrum alone, it cannot be determined whether crystalline salt formation has occurred. Peak shifts could also be due, in principle, to complexation of the free acid and salt former as an amorphous product, to polymorphs of either the free acid or salt former, to impurities, or to degradation products. Therefore, the integrity of the molecular structure was confirmed by 1H-NMR.

In addition, the powder X-ray diffraction shown in Figure 5 show that crystalline material was obtained, however with a pattern different from that of the free acid (see Figure 6). With light microscopy the crystals were visualized (Figure 4), DSC (differential scanning calorimetry) demonstrated a melting point of about 155°C (indicating a melting of a solvate and of a non-solvated form), TG-FTIR (thermogravimetric analyzer-coupled Fourier-Transform Infrared) indicates that probably a methanol solvate and a hydrate were formed and dynamic vapor sorption revealed desolvation followed by 0.3% water uptake at about 85% r.h. and 0.4% water uptake at 95% r.h. (not reversible).

Novel white crystalline calcium salt of vidofludimus and its solvates and hydrates (designated as polymorph A), process for its preparation, composition comprising it and its use for the treatment of rheumatoid arthritis, multiple sclerosis, inflammatory bowel disease, psoriasis, amyotrophic lateral sclerosis, lupus erythematosus, fibrosis, uveitis, rhinitis and Pneumocystis carinii are claimed. Vidofludimus is known to be an IL-17 antagonist, immunosuppressant and dihydroorotate dehydrogenase inhibitor.

Rheumatoid arthritis (RA) is a disease that is quite common especially among elder people. Its treatment with usual medications as for example non-steroid anti-inflammatory agents is not satisfactory. In view of the increasing ageing of the population, especially in the developed Western countries or in Japan the development of new medications for the treatment of RA is urgently required.

A medicament against rheumatoid arthritis with a new mechanism of action, leflunomide, was put on the market by the company Aventis under the tradename ARAVA [EP 780128, WO 97/34600]. Leflunomide has immunomodulatory as well as anti-inflammatory properties [EP 217206, DE 2524929]. The mechanism of action is based upon the inhibition of dihydroorotate dehydrogenase (DHODH), an enzyme of the pyrimidine biosynthesis.

In the human body, DHODH catalyzes the synthesis of pyrimidines, which are in particular necessary for cellular metabolism. An inhibition of DHODH leads to block of transcription of sensitive genes in metabolically activated cells, whereas cells with normal metabolic activity obtain their required pyrimidine building blocks from the pyrimidine salvage pathway and show normal transcriptional activity. Disease relevant activated lymphocytes rely on de novo pyrimidine syntheses and react particularly sensitively to DHODH inhibition. Some substances that inhibit DHODH are important medicaments for the treatment of chronic inflammatory and auto-immune diseases.

A compound named leflunomide (ARAVA) has been the first approved inhibitor of DHODH and is used for the treatment of human diseases, in particular rheumatoid arthritis. WO 99/45926 is a further reference that discloses compounds which act as inhibitors of DHODH. Another drug which is targeting DHODH is teriflunomide (AUBAGIO®) is the metabolite of leflunomide. Teriflunomide is approved for the treatment of multiple sclerosis in some countries.

DE 3346814 and US 4661630 disclose carboxylic acid amides. These compounds are useful for diseases attended with cerebral dysfunction and also have anti-ulcer, anti-asthma, anti-inflammatory and hypo-cholesterol activities.

It is an object of the present invention to provide effective agents, specifically in the form of certain polymorphs of their calcium salts, which can be used for the treatment of diseases which require the inhibition of DHODH.

It was also an object of the present invention to provide compounds that inhibit DHODH in a range similar to the compounds disclosed in W02003/006425 and WO 2012/001148 and at the same time show a white colour in order to facilitate double blind placebo controlled clinical studies.

Particularly, it has previously been found that certain compounds of the general formula (I) shown herein below, such as 2-(3-Fluoro-3′-methoxy-biphenyl-4-ylcarbamoyl)-cyclopent-l-enecarboxylic acid (INN Vidofludimus), exhibit good anti-inflammatory activity and their usability in the oral therapy for the treatment of autoimmune diseases such as for example rheumatoid arthritis or inflammatory bowel diseases had been addressed.

Accordingly, a novel white polymorph of Calcium- vidofludimus named polymorph A with an inhibitory effect on DHODH, in particular human DHODH, was provided. Furthermore, a composition was provided comprising said white polymorph of Calcium-vidofludimus named polymorph A characterized by having a Tetrahydroduran (THF) content below 720 ppm.
[I,I ‘ – biphenyl] – 4 – yl}carbamoyl)cyclopent – 1 – ene – 1 – carboxylic acid) according to formula (I) or a solvate and/or a hydrate thereof, CAS-No 717824-30-1white crystalline calcium salt of 2 – ({3 – fluoro – 3’ – methoxy –

In particular, subject matter of the present invention is a white crystalline polymorph A of the Ca salt of a compound according to formula I (vidofludimus) or a solvate and/or a hydrate thereof thereof which is characterized by an X-ray powder diffraction pattern having characteristic peaks expressed in degrees 2theta at ±0.2 of the values shown below: