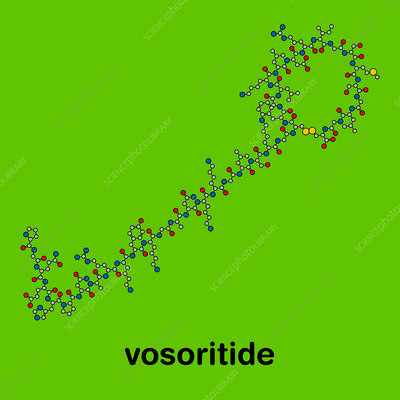 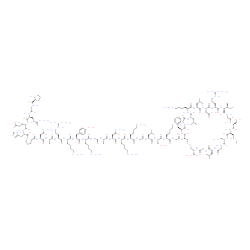 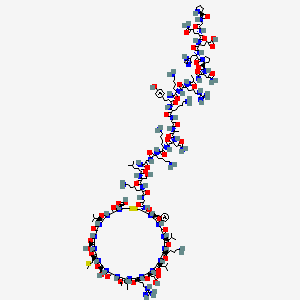 On 24 January 2013, orphan designation (EU/3/12/1094) was granted by the European Commission to BioMarin Europe Ltd, United Kingdom, for modified recombinant human C-type natriuretic peptide for the treatment of achondroplasia.

The sponsorship was transferred to BioMarin International Limited, Ireland, in February 2019.

This medicine is now known as Vosoritide.

The medicinal product has been authorised in the EU as Voxzogo since 26 August 2021.

Vosoritide, sold under the brand name Voxzogo, is a medication used for the treatment of achondroplasia.[1]

The most common side effects include injection site reactions (such as swelling, redness, itching or pain), vomiting and decreased blood pressure.[1]

Vosoritide was approved for medical use in the European Union in August 2021.[1][2]

Voxzogo is a medicine for treating achondroplasia in patients aged 2 years and older whose bones are still growing.

Achondroplasia is an inherited disease caused by a mutation (change) in a gene called fibroblast growth-factor receptor 3 (FGFR3). The mutation affects growth of almost all bones in the body including the skull, spine, arms and legs resulting in very short stature with a characteristic appearance.

Achondroplasia is rare, and Voxzogo was designated an ‘orphan medicine’ (a medicine used in rare diseases) on 24 January 2013. Further information on the orphan designation can be found here: ema.europa.eu/medicines/human/orphan-designations/EU3121094.

Vosoritide is indicated for the treatment of achondroplasia in people two years of age and older whose epiphyses are not closed.[1]

A: Chondrocyte with constitutionally active FGFR3 that down-regulates its development via the MAPK/ERK pathway
B: Vosoritide (BMN 111) blocks this mechanism by binding to the atrial natriuretic peptide receptor B (NPR-B), which subsequently inhibits the MAPK/ERK pathway at the RAF-1 protein.[3]

Vosoritide works by binding to a receptor (target) called natriuretic peptide receptor type B (NPR-B), which reduces the activity of fibroblast growth factor receptor 3 (FGFR3).[1] FGFR3 is a receptor that normally down-regulates cartilage and bone growth when activated by one of the proteins known as acidic and basic fibroblast growth factor. It does so by inhibiting the development (cell proliferation and differentiation) of chondrocytes, the cells that produce and maintain the cartilaginous matrix which is also necessary for bone growth. Children with achondroplasia have one of several possible FGFR3 mutations resulting in constitutive (permanent) activity of this receptor, resulting in overall reduced chondrocyte activity and thus bone growth.[3]

The protein C-type natriuretic peptide (CNP), naturally found in humans, reduces the effects of over-active FGFR3. Vosoritide is a CNP analogue with the same effect but prolonged half-life,[3] allowing for once-daily administration.[4]

Vosoritide is an analogue of CNP. It is a peptide consisting of the amino acids proline and glycine plus the 37 C-terminal amino acids from natural human CNP. The complete peptide sequence is

with a disulfide bridge between positions 23 and 39 (underlined).[5] The drug must be administered by injection as it would be rendered ineffective by the digestive system if taken by mouth.

Vosoritide is being developed by BioMarin Pharmaceutical and, being the only available causal treatment for this condition, has orphan drug status in the US as well as the European Union.[1][2][6] As of September 2015, it is in Phase II clinical trials.[7][4]

Some people with achondroplasia, as well as parents of children with this condition, have reacted to vosoritide’s study results by saying that dwarfism is not a disease and consequently does not need treatment.[8]

Vosoritide has resulted in increased growth in a clinical trial with 26 children. The ten children receiving the highest dose grew 6.1 centimetres (2.4 in) in six months, compared to 4.0 centimetres (1.6 in) in the six months before the treatment (p=0.01).[9] The body proportions, more specifically the ratio of leg length to upper body length – which is lower in achondroplasia patients than in the average population – was not improved by vosoritide, but not worsened either.[7][10]

As of September 2015, it is not known whether the effect of the drug will last long enough to result in normal body heights,[10] or whether it will reduce the occurrence of achondroplasia associated problems such as ear infections, sleep apnea or hydrocephalus. This, together with the safety of higher doses, is to be determined in further studies.[4]